Hey, Quick Question: What Were Pepsi and Kendall Jenner Thinking With This Questionable Commercial? 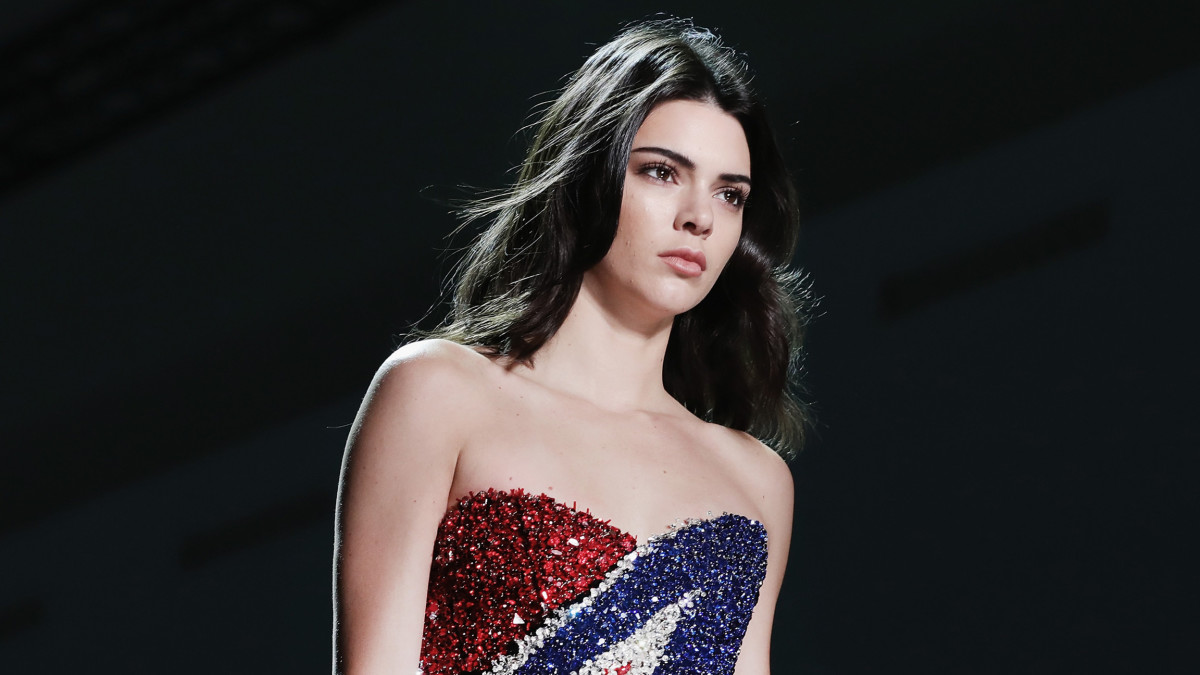 Welcome to our column, "Hey, Quick Question," where we investigate seemingly random happenings in the fashion and beauty industries. Enjoy!

Last week, Pepsi announced that Kendall Jenner would follow in Cindy Crawford's footsteps and become the second supermodel to appear in a commercial for the soft drink. On Tuesday, when the ad debuted, we were left... baffled.

The description accompanying the spot on YouTube reads: "A short film about the moments when we decide to let go, choose to act, follow our passion and nothing holds us back. Capturing the spirit and actions of those people that jump in to every moment and featuring multiple lives, stories and emotional connections that show passion, joy, unbound and uninhibited moments. No matter the occasion, big or small, these are the moments that make us feel alive."

The commercial itself, which Pepsi calls its "Live For Now Moments Anthem," shows Jenner in a blonde wig, mid-photo shoot. As she poses for a photographer, a diverse group of protestors gathers in the streets outside. Their signs call for "Love" and "Peace," and some people start spontaneously dancing and playing music. As Jenner looks out over the crowd and links eyes with one protestor, she throws off her wig and wipes away her dark lipstick, grabbing a Pepsi and joining in the cheerful mob (protestors cannot be blonde or wear visible makeup, apparently). Then, Jenner walks up to one of the uniformed policemen overseeing the protest, hands him the Pepsi can, which he sips from and smiles as the crowd cheers on absurdly. There's also a young woman wearing a hijab enthusiastically photographing the whole thing.

Look, there's no denying that we're living in volatile times that have plenty of people fighting for basic civil liberties. Americans have likely turned up for more public protests in the past six months than they had in the past six years. A number of brands seem to be struggling with toeing the line between activism and commodification; as companies try to find a way to make money while also becoming a part of the resistance, this type of vague, tone-deaf messaging is often the result. Should big corporations exploit the fact that we're living in an uncertain political climate in which many people feel unsafe and unwelcome in their own country to sell more sodas? We're going to go out on a limb here and say: probably not.

How about a little self-awareness, here? This commercial minimizes the impact of the protests going on around the world and reduces it all to one giant, capitalist-driven dance party. Perhaps Pepsi was trying to emulate the feel-good, we're-all-human-beings vibes of Coca-Cola's now-legendary 1971 "I'd like to buy the world a Coke" campaign. But rather than communicate a sense of unity and peace, the absurd message of this ad spot seems to be: "Racism? Police brutality? Islamophobia? All of that is easily fixable if you just drink Pepsi!" If only it were that simple.

Watch the full commercial in question below.